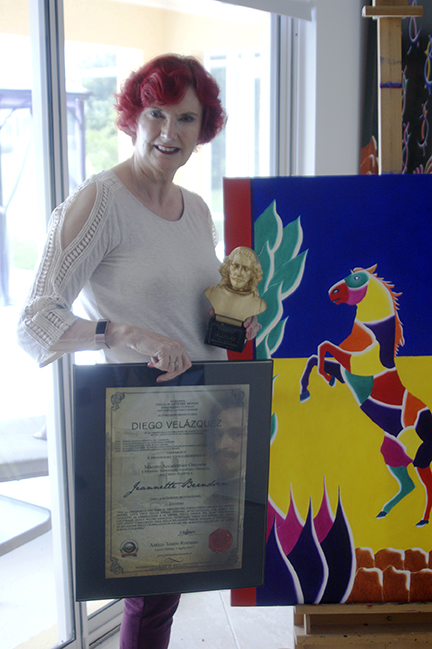 Jeannette Berndsen wins the Caesar Prize for her merit in art in Lecce , Italy.

In awarding the prize judges said Jeannette Berndsen demonstrated talent and faith in art
that puts her at the service of the entire arts world.

Penguins are funny, adorable and laughable. They make people happy.
The penguin is monogamous, which stands for eternal love. Each penguin sculpture is developed as a metaphor of Luck, love and Devotion.

Pearly Penguins© are made by various International Artists.

The uniqueness of the "The Pearly Penguins©", is that all artists gives expression to this beautiful concept in their own specific way and artistic skills. In this way the statues become unique Characters based on the emotions and feelings of the artist.

Born in the Netherlands, Jeannette Berndsen is a leading artist of "Graphic Impressionism" style, that emerged with the influence of Salvador Dali, Vermeer and Hundertwasser. Jeannette's work consists mostly of bright, vibrant colors with each piece telling its own story.

Her work can be found in a myriad of public and private art collections in the United States and abroad, as well as participating in exhibitions worldwide. Most recently, she received numerous invitations, including Italy and Canada, to display her work. She has received countless awards and recognitions for talent and vision. Jeannette's work can be found all over the world, including Sweden, France, The Netherlands, Germany, Greece, Spain, and Italy. In the United States, her showings include Las Vegas, Ft. Lauderdale, Miami, Boston, Atlanta, and New York. The Caroussel du Louvre in Paris exhibited some of her creations. 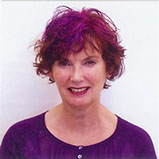 Jeannette currently lives in Florida with her husband Wim. As her art is an integral piece of Jeannette's life, her studio is located at Hernando, so when inspiration comes, she is ready! You are invited to her work and witness her paintings literally come to life, via a mix of iridescent paint and darkness that only Jeannette could imagine. So the next time you are in the area, feel free to contact the studio and meet the artist.

for the stylistic value

for the original stylistic search

Meet Jeannette at her studio.

Just give a phone call, and you are welcome.